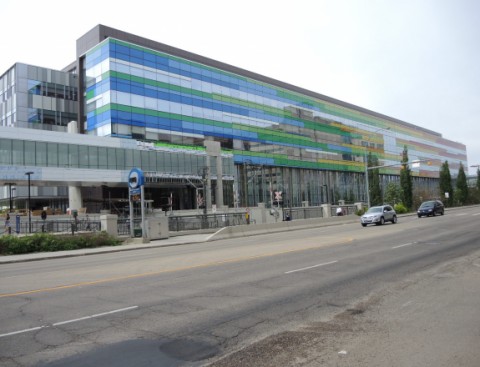 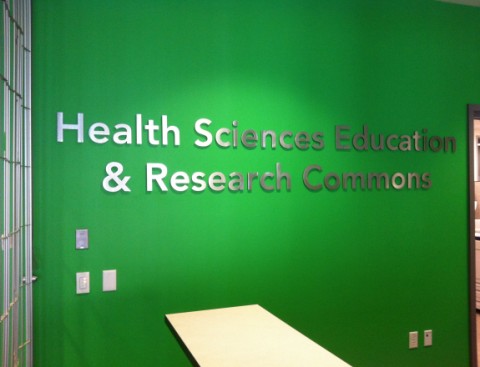 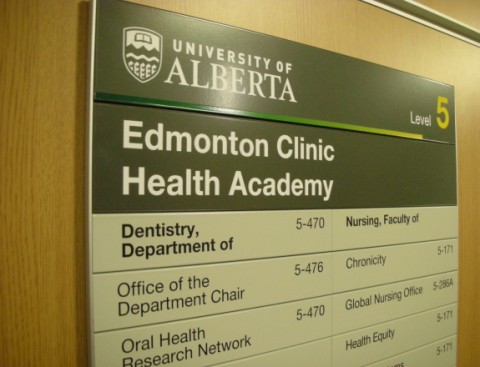 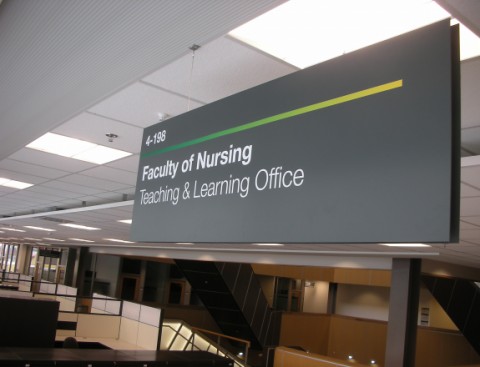 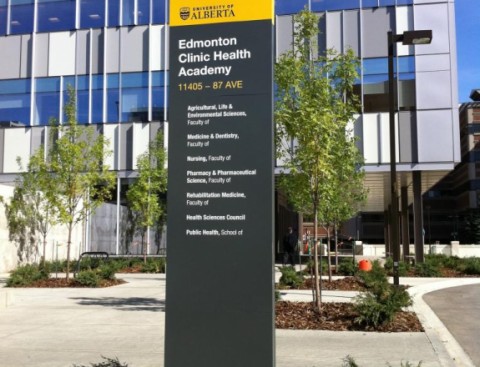 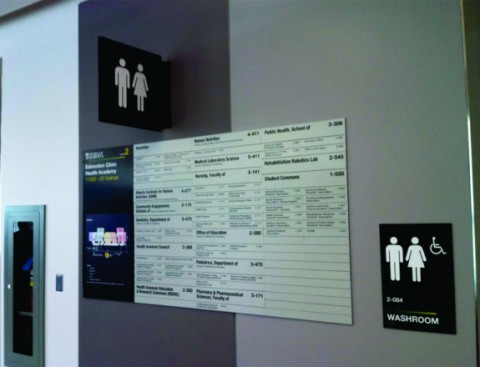 Royal Rubber Stamp & Sign Co. was awarded the interior and exterior signage contract for the Edmonton Clinic Health Academy – a new facility that would house a community of researchers, educators and students – following a highly competitive tender process.

Royal Rubber Stamp manufactured and installed more than 2,100 signs for the project, which spanned more than half a million square feet over six floors.

The interior signage package included base-building signage such as floor, elevator, lobby and washroom identification, as well as wayfinding signage including suspended signs, directional signage, room identification and numerous directories. All signage was designed for the visually impaired and features high-contrast tactile lettering and Braille.

Signage such as directories, donor lettering and wayfinding signs are updated on an ongoing basis.

One hundred years after the University of Alberta’s first building was unveiled, construction began for another influential facility which was aimed at improving health outcomes for all Canadians. The Edmonton Clinic Health Academy houses multiple faculties in an open and transparent environment, encouraging a community or “neighbourhood” feel where future health professionals endeavour to become the best in their field.

Signage complements the building’s colourful façade, which provides a stroke of intense colour to the university’s skyline but also aids visitors with wayfinding — warm red in the north end of the facility transforms through the rainbow to a cool blue colour in the south end of the building, allowing visitors to judge their location based on the colour surrounding them.